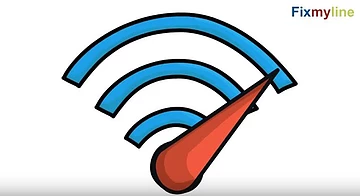 So how can this be…A recent call into Fixmyline was a simple request to relocate a telephone socket which inadvertently increased their broadband speed by over 70%.

There are many homes which still have their master socket in the hallway. And what a great place to have a natter sat at the foot of the stairs, in the 80’s…. but this is proving problematic for today’s phone line usage. But that’s not the reason for this blog, however one of the other issues with a master socket in the hallway is the lack of power sockets. Today we generally use the phone line for broadband access and with the broadband service comes a router which needs to be plugged into a power socket… So that’s another reason to relocate that hallway telephone socket. 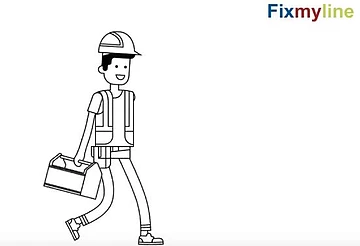 We get lots of socket relocation requests and it is always exciting (we are geeks) to offer a broadband health check before any works are instigated. The main reason for this is so we can prove that we have maintained or increased our customers broadband speed, but as a back up it will also show us if a fault has developed during the works once we do the close out test.. 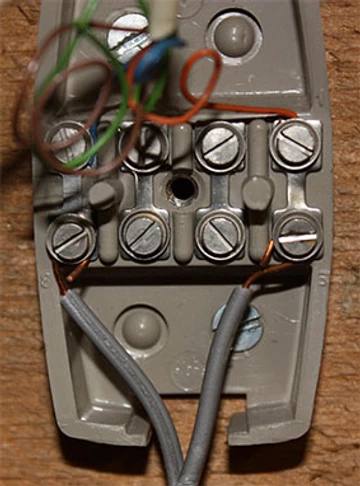 This particular customers line came in from the telegraph pole, down the front of the house (lead in) into an old BT junction box inside just above the front door. These junction points are usually wired in a way that cause significant interference to the broadband signal. Then there was a connection into the hallway telephone socket and another connection that was just cut away without being removed from the junction box. We decided to completely divert the cable before the junction box, run an external cable into a brand new telephone socket just behind the customers TV where his Sky TV entered the living room. The whole job took just 1 hour to complete.

Once works were complete we did another health check to test the broadband connection.

Before the initial Broadband health check we asked the customer what speed he was getting. He wasn’t entirely sure but said that his service provider told him that his area wasn’t the best for broadband speed (he was paying for fibre to the cabinet). We tested the connection and the speed was 14mbps (megabits per second)

Once we diverted the service and connected in the new socket the broadband close out test recorded that the broadband speed increased to a staggering 24mbps. Not only was the customer happy to have his telephone socket in a place he actually wanted it, we boosted his broadband speed free of charge by 71.4% ! 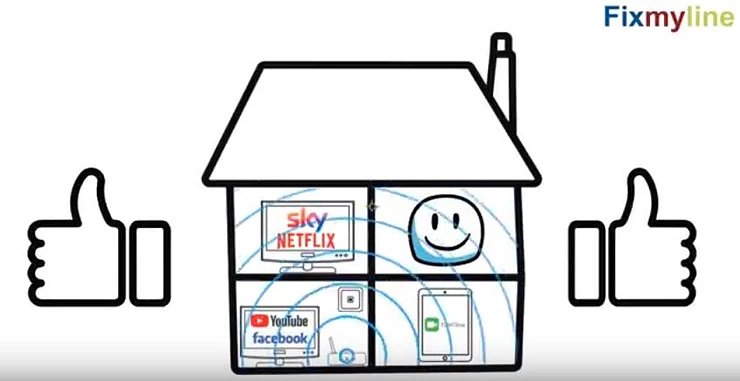 Call us now to see if we can boost your speed, or simply relocate a socket to make your broadband experience just that little bit better.

We use cookies on our website to give you the most relevant experience by remembering your preferences and repeat visits. By clicking “Accept”, you consent to the use of ALL the cookies.
Cookie settingsACCEPT
Manage consent

This website uses cookies to improve your experience while you navigate through the website. Out of these, the cookies that are categorized as necessary are stored on your browser as they are essential for the working of basic functionalities of the website. We also use third-party cookies that help us analyze and understand how you use this website. These cookies will be stored in your browser only with your consent. You also have the option to opt-out of these cookies. But opting out of some of these cookies may affect your browsing experience.
Necessary Always Enabled
Necessary cookies are absolutely essential for the website to function properly. These cookies ensure basic functionalities and security features of the website, anonymously.
Functional
Functional cookies help to perform certain functionalities like sharing the content of the website on social media platforms, collect feedbacks, and other third-party features.
Performance
Performance cookies are used to understand and analyze the key performance indexes of the website which helps in delivering a better user experience for the visitors.
Analytics
Analytical cookies are used to understand how visitors interact with the website. These cookies help provide information on metrics the number of visitors, bounce rate, traffic source, etc.
Advertisement
Advertisement cookies are used to provide visitors with relevant ads and marketing campaigns. These cookies track visitors across websites and collect information to provide customized ads.
Others
Other uncategorized cookies are those that are being analyzed and have not been classified into a category as yet.
SAVE & ACCEPT